Linux is, in simplest terms, an open-source operating system based on UNIX. It is the software on a computer that enables applications and the computer operator to access the devices on the computer to perform desired functions. 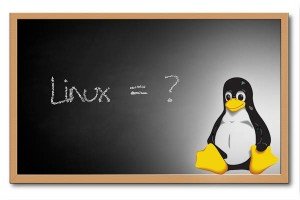 The Birth of Linux

On August 25, 1991, a Finn computer science student named Linus Torvalds made the following announcement to the Usenet group comp.os.minux:

“I’m doing a (free) operating system (just a hobby, won’t be big and professional like gnu) for 386(486) AT clones. This has been brewing since april, and is starting to get ready. I’d like any feedback on things people like/dislike in minix, as my OS resembles it somewhat (same physical layout of the file-system (due to practical reasons) (among other things).“

The “Minix” Torvalds referred to is a variant of the UNIX operating system, used as a guideline for his the free operating system he wanted to run on the x86-based consumer PCs of the day. “gnu” refers to the set of GNU (GNU Is Not Unix) tools first put together by Richard Stallman in 1983. UNIX, the operating system that started it all, had its origins in the old Bell Labs back in the early 60s.

Why Linux is better?

Future of Linux:
Linux is already successful on many different kinds of devices, but there are also many technological areas where Linux is moving towards, even as desktop and server development continues to grow faster than any other operating system today.
This website uses cookies to improve your experience. We'll assume you accept this policy as long as you are using this websiteAcceptView Policy